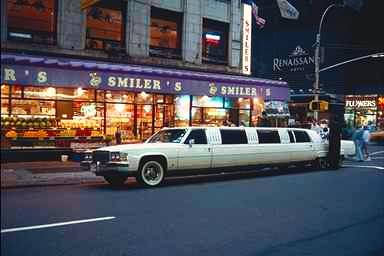 Gramercy Flatiron is a district of Manhattan in New York, situated in the southern part of the Midtown area in the central and eastern parts of the island; broadly, from 14th up to 34th Streets and east of Sixth Avenue. The compact open spaces of Union Square and Gramercy Park define the East Side in this area. Union Square was completely revitalized in the 1990s and is now one of the city's premier shopping, dining and entertainment districts. The loosely-defined "Flatiron District" extends east from 6th Avenue and north of Union Square, centering on the famed Flatiron Building on 23rd Street. Tranquil, exclusive Gramercy Park is open only to immediate area residents, though the old brownstones surrounding the park and on Irving Place are some of Manhattan's most attractive streetscapes. Toward the north is Kips Bay, an affluent residential neighborhood, and, in the low 30s between 5th and 6th Avenues near Herald Square, an emerging Little Korea of BBQ restaurants and Asian markets.

 Union Square - an important and historic intersection in New York City, situated where Broadway and the Bowery came together in the early 19th century. Union Square Park (3.5 acres) is known for its impressive equestrian statue of George Washington, erected to Henry Kirke Brown's design in 1856. In April 1861, soon after the fall of Fort Sumter, Union Square was the site of a patriotic rally that is thought to have been the largest public gathering in North America up to that time. A newer addition, added in 1986, is a statue of Mahatma Gandhi in the southwest corner of the park. Union Square is also known for its Greenmarket and is known as a focus for political demonstrations, most recently the 2004 Republican National Convention protest activity. Following the terrorist attacks of September 11, 2001, Union Square became a primary public gathering point for mourners and those seeking information about missing loved ones. People created spontaneous memorials in Union Square, and the square was the setting for vigils held to honor the victims of the attacks.
 Gramercy Park. Open only to immediate area residents.

Adapted from WikiTravel under the Wiki License

This site is operated by 2020 Cedar Lake Software